Click here to listen to the documentary on SoundCloud

My latest radio documentary is “Culture in a Card” and airs on The Doc Project on CBC Radio One December 13 and 16th, 2016 and is also available on demand.

It is a deeply personal story. From my blog on The Doc Project:

My dad died four years ago. Dad grew up in an isolated community in the north of Ontario. He was estranged from many in his family, but when he died my mom wanted to have some of his ashes spread where he grew up, the French River. She reached out to her nephew, my cousin, Eddie Hass. As they were catching up, Eddie shared a long buried family secret.

Eddie had discovered it when he was working on our family history about ten years ago. Dad certainly never knew, if he had, I know he would have been so proud. I could think of no better way to celebrate the way he raised me, hunting and fishing and working for conservation, then to get my Métis citizenship card. Several of my cousins have their cards in Ontario and they provided me with the documents I needed. But applying four years ago I still don’t have my card. The B.C. Métis Nation asked whether my family historically identified as Métis and could I prove that? This question sparked an anger  and hurt in me, that was surprising.  As time dragged on, and my appeals by phone and email went unanswered, I wondered, why does this matter so much to me? I didn’t want to be some kind of cultural pretender. I wondered how could I be Métis without this card?

My cousin Eddie, who had served as a Senator with the Grand River Métis Council encouraged me to self identify, but I had no idea what that even meant. I just knew I felt like a fake every time I said “I am Métis”. So I flew to Ontario, met and ended up becoming friends with a cousin I never knew. The documentary follows Eddie, acting as my guide, on my quest to discover my Métis identity.

Recording such a personal story about my identity was challenging in surprising ways. I discovered that to experience something deeply and report on it is a balancing act. I was continually trying to keep a foot in both camps of story subject and the objective observer. I also felt awkward in some of my questions I wanted to record. Almost everyone I spoke to had only discovered their Métis roots in the last 5 to 10 years. It had been buried by the generation before due to fears of racism and for some, fears of becoming part of the residential schools. While I was coming to them as if they were the experts who could tell me how to be Métis, over and over again, they seemed to be struggling to feel it themselves. Being Métis turned out be a political quagmire of historical documents, secrets, current Supreme Court decisions and Métis politics.

Telling this story has been very empowering. I posted photos on facebook of my personal quest while it was happening in August. The outpouring of support and interest it created genuinely surprised me. What was once a dirty secret in my family is now a true source of pride. I also discovered that more people are searching for their ancestry then I knew. Publicly sharing my journey drew out this need in others to know where they came from and what that means to them today. And like me, the importance of connecting to a community to claim that identity. 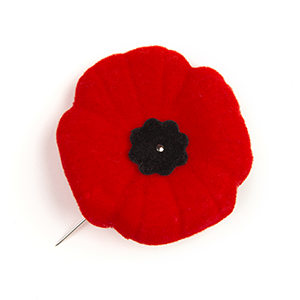